Today, April 15, 2010, marks my two year anniversary in Taiwan. Here are a few nostalgic pictures from my first days here.

But I discovered--and, two years later, still believe--that the best thing about Taiwan is its kind, hardworking, generous people. 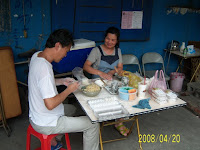 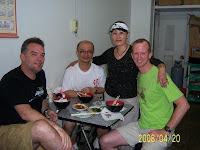 Many, many thanks to my family and friends, in Taiwan and in America, who have encouraged me, supported me, and have made me a part of their lives. Here's to next year's anniversary, and beyond!

Lin Yu Chun sings "I Will Always Love You" 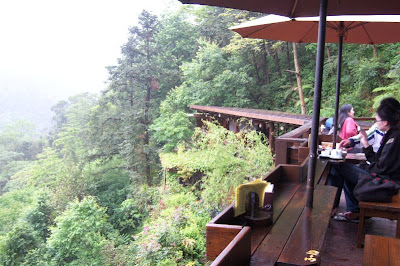 On Sunday I went to Miaoli County (苗栗縣), which is two hours south of me. My friend Alice drove us there, where we picked up her friend Jolin. 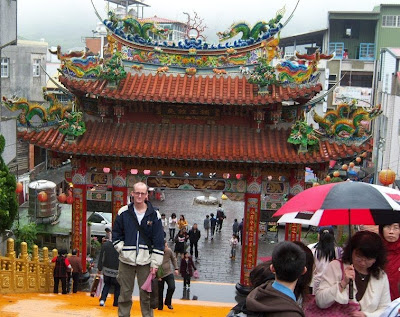 ...had fresh fruit tea and pumpkin seed cookies up in the peaceful, fog shrouded hills of Nanzhuang (南庄)

...took a look at a beautiful bed & breakfast (rooms start at about US$200/night, so out of my price range, unfortunately)

...strolled along Nanzhuang Old Street and had some delicious Hakka food

As a bonus, when we arrived at the temple we just happened to catch a group of Southern Taiwan devotees performing a visiting ceremony [video coming soon]. 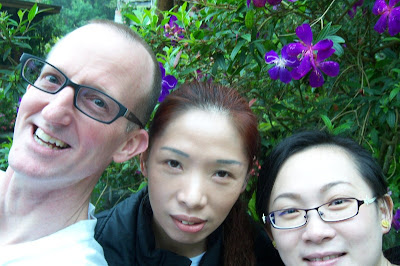 It's the first time I'd met Jolin (on right). She would say something in Chinese to Alice who would then interpret it for me. My Chinese comprehension is getting better, so at one point, when she asked Alice to ask me something, I turned to Jolin and told her in Chinese, "You can ask me."(你可以問我)

At least that's what I thought I said. 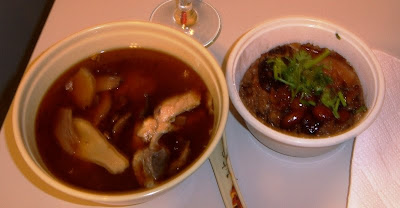 This post is to make my family and friends back in America jealous.
☺ 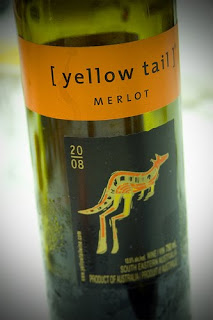 Before I came to Taiwan I probably would have read the above description and thought, "Eh, not jealous. Doesn't sound so good to me." Now, however, I crave food like this. I wonder how I'll handle the food withdrawals when and if I leave Taiwan.

My daughter Amanda will be visiting me this summer, and I plan on introducing her to as many kinds of foods as possible. I can't wait!

Oh yeah, I'm drinking an Australian merlot (2004 Yellowtail Reserve) with this meal. Don't know if it's a "proper" accompaniment, but I know I like it!