Today I irritated the hell out of an old lady 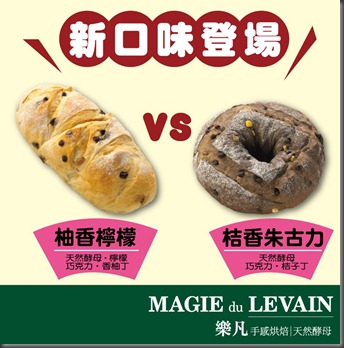 Before all that, though, I must point out that I'm currently snacking on hot tea and a wonderfully delicious loaf of bread.

It's the one on the left in the picture, made with lemon, pomelo, and chocolate chips, and it's out of this world.

The one on the right is chocolate and tangerine, which is next on my list.

The bakery is called Magie du Levain (樂凡) and it's only a couple of minutes from my work (桃園市永安北路466號).

OK, so here's what happened today.

I'd been out on my scooter, doing errands and on my way home, and decided that I wanted to make a salad for dinner. Instead of going to a grocery store where I'd have to find a parking spot and go inside the store, I thought it would be much more efficient to find a vegetable stand down some back alley. Which I did.

I pulled up in front of the stand, but didn't see any lettuce. There may have been lettuce in the rear part of the shop, but I was feeling too lazy to get off my scooter to take a look. So I decided to be authentically Taiwanese and just sit on my scooter and ask the laobanniang (lady shopkeeper) if she had any lettuce.

(I should point out that previously I'd learned the Chinese word for lettuce as 生菜 shēng tsài. Also, when you look up 'lettuce' in various online dictionaries, the first translation it gives is sheng tsai—just so you know I'm not making this stuff up.)

ME: Qing wen, you mei you sheng tsai? Excuse me, do you have lettuce?

ME: Bu shi, wo bu yao xiang tsai. You sheng tsai ma?  No that's not it, I don't want cilantro. Do you have lettuce?

SHOPKEEPER: Zhe bian you a. Yeah, it's right here! (once again motioning toward the cilantro and starting to get pissed)

ME: Wo zhi dao, zhe shi XIANG tsai, ke shi wo yao SHENG tsai…SSSHHENG TSAI. Um, yeah, I know this is cilantro, but I want lettuce…LET-TUCE! 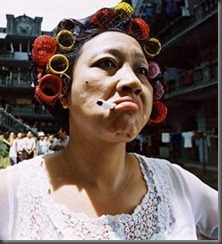 SHOPKEEPER: (waving her hand and walking away, mumbling obscenities under her breath)

There was nothing to do but leave.

I reassured myself that I had been pronouncing the words flawlessly; it was simply a matter of this short-tempered woman not recognizing impeccable Chinese when she heard it.

I later called my friend, a Chinese language god among men, to ask him where I'd gone wrong. He informed me that, despite Google Translate, sheng tsai actually means any leafy vegetable, so when you ask for it you'll be shown any leafy vegetable the shop happens to have on hand.

So instead of a salad I whipped up a delightful broccoli cheese soup. I'm still contemplating whether or not to risk further humiliation by returning to the vegetable stand to explain myself.